Did the COVID19 Pandemic End the ‘Long Twentieth Century’?

This essay is part of a symposium published as part of the Global Governance in the Age of COVID research project at the Center for International and Area Studies, Weinberg College of Arts and Sciences, Northwestern University.

Pandemic Politics, Law, and the Re-Negotiation of the Human Right to Health
Anna Holzscheiter (Dresden University of Technology) 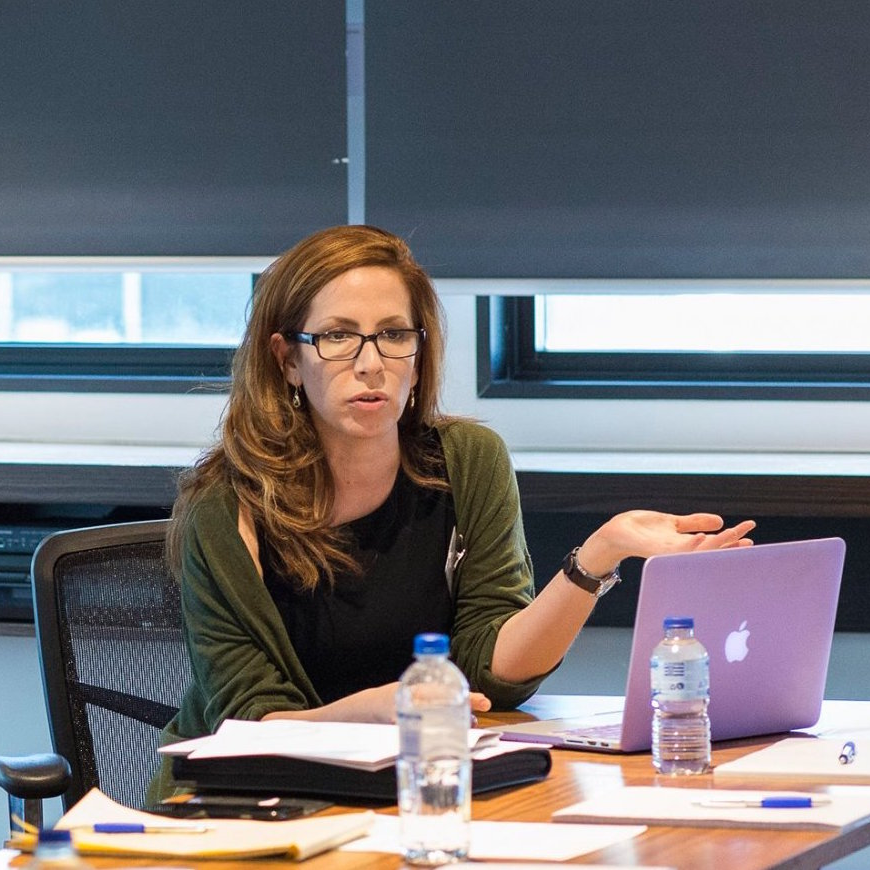 Reader in International Relations and Fellow of Emmanuel College, University of Cambridge

Author, After Defeat: How the East Learned to Live with the West

Humans like imposing order onto history and seeing patterns in it. The idea that time periods can be classified according a certain ethos or zeitgeist comes from this urge. At the same time, it is also true that the workings of world politics do change structurally, institutionally and normatively across certain intervals, and in ways that are recognisable in hindsight. What we call ‘international orders’ are essentially these packages or constellations of structures, institutions, norms and agents that exist in relatively stable configuration.[1] Judging by historical examples, such ‘world orders’[2] take a while to congeal and usually take a while to fragment and decay as well. But most ‘world orders’ so understood do not survive much longer than a century.

Given that the lifespan of ‘world orders’ are not that far off from matching the actual centuries of our calendar, the temptation to stretch or condense particular centuries as ways of capturing the orders that characterised them is understandable. While the gradual structural and institutional changes in ‘world orders’ are real, cumulative and observable in hindsight, how we date the moment when one order ends and the other begins is somewhat arbitrary. We thus pick landmark dates or significant events to punctuate the beginning and the end of various long centuries, but these markers remain debatable. If we agree, for instance, that the long nineteenth century was defined by the emergence and expansion of the modern international order with its European, imperial core[3], we could still argue about whether the nineteenth century ended with the start of the First World War (1914) or even of the Second (1939). Similarly, those who look at our period from the future will be arguing about whether the twentieth century really ended when the Cold War did (1991), or with 9/11 (2001), or with the 2007-8 Global Financial Crisis or the emergence of Trump and Brexit dynamics in 2016, depending on how they characterise the twentieth century. I suggest that the latter, combined with the 2020 COVID19 pandemic make the best candidate for drawing a line in the sand marking the end of the long twentieth century. But before I get to that, let’s put the COVID19 pandemic in its proper historical perspective.

As difficult as this past year has been, the COVID19 pandemic is easily dwarfed by historical pandemics such as the Plague of Justinian (541 CE) or the Black Death (1346-53 CE). Historically speaking, pandemics were both more common and more devastating. Especially after the fourteenth century, epidemics were a nearly constant fact of life in most parts of the world due to increased globalisation in the aftermath of what has been called the Chingisid Exchange bridging Europe and Asia, and the Colombian Exchange bridging Eurasia, Africa and the Americas. Dynamics that facilitate the interaction and transmission of people and goods across continents also do the same for disease.[4] Perhaps because epidemics were so common in the early modern era, in IR we have not properly explored what impact—if any—they have had on the durability international orders. There is a longstanding argument that one of the facilitators of the transition out of feudalism was the steep demographic decline caused by the Black Death. But even this needs to be re-explored: we now know that many European crises had their contemporary corollaries in Asia, but often with different outcomes for the political and economic systems there.[5]

Taking the long view, however, one could observe that by the nineteenth century, humanity’s relationship with disease had become overwhelmingly institutional in nature rather than structural. Earlier episodes of pandemics had a discernible impact only when their demographic damage was so large as to undermine existing social, economic, and political structures. They were not managed but endured like any other disaster. However, we now see diseases as something that can be not only cured but possibly eliminated, and thus their legacy lies primarily in the institutions that are created to deal with them. The modern international order would not have existed without such a belief either; we owe something of its existence  to the need to manage the various diseases of the nineteenth century without completely disrupting trade. International sanitary conferences make an important part of the fabric of that early period.[6]

In comparison to that period, COVID19 does not seem to have changed international practices or institutions very radically, however, and while it may have long-lasting effects in international vaccine collaborations and sharing of immunological know-how across the globe, thus far its impact on international diplomacy seems marginal at best. I submit, therefore, that the real impact of COVID19 will be on perceptions of the social hierarchies that defined the last century, namely, the assumed centrality of the West to international politics.

The dominant ethos of the twentieth century was the belief in modernity . “Modernisation theory” was the twentieth century religion, and came in different flavours: American, Soviet, European, etc. World politics, institutions and societies were organised around beliefs built on the notion of linear progress to modernity. The nation-state was essentially designed around these notions. The Soviet sphere was very much a reproducer of these beliefs, even as the Soviets seemed to contest the proper way of getting there. Decolonising nationalists in the “Third World” also believed in modernity. At the high point of the twentieth century almost everybody did, and this belief also instilled in everybody a faith in both state and human agency, and the possibility of progress. And of course all of this also led to the perception of the West as the centre of the world, because the West had reached (or nearly reached) this pinnacle, this “end of history”, before everyone else.

As defined by such notions of linear progress and modernity, the twentieth century has been gradually ending since the 1970s. But this faith got a new lease on life in the 1980s. Soon thereafter, the collapse of the Soviet Union even yielded a liberal triumphalist version of “the End of History” thesis. But that was an illusion: belief systems are always more sustainable when they seem to offer two seemingly competing alternatives which essentially reinforce each other. The seeds of the erosion of the belief in Western liberal modernity were present in the defeat of its Soviet version. And the intervening decades have seen one crisis after another eroding the world’s belief in progress, in modernity and the specialness of the West.

To reiterate: since the nineteenth century, international politics has been marked by a social hierarchy between the West and the non-West, where Westernness has come with certain material and immaterial privileges. This hierarchy has been gradually eroding, but even today there is an assumed centrality to the West in our thinking, its issues, problems, accomplishments. The further you are from the core of the international order, the more visible and constraining are the effects of this social hierarchy between the West and the non-West.[7]

Those at the core of this order take this state of affairs for granted. They do not fully realise how essential this social hierarchy has been to the workings of the international order and how important joining this status club has been for outsiders or for those whose identity was unclear. This is why Brexit has not really threatened Britain’s Western or European identity in the same way a similar referendum result may have had for an Eastern European country.[8] It is also why half of the voters in the US believed they could vote for a president who openly flaunted the rules of the ‘Liberal International Order’ and have the US retain its central position in the West. For more peripheral countries, such decisions would have changed perceptions about where they belonged. When Erdoğan stomps his feet, it is Turkey that is understood to have turned away from the West, but such a construction would seem unwarranted with reference to Trump’s US or Brexit Britain. After all, what is the West if it does not include the US, the UK or Western Europe? So when things go off script in those lands, it is the image of the West that is undermined, not any particular country.

Either the Trump years or the chaos accompanying Brexit negotiations could have been written off as an aberration had they not happened around the same time and then also not been followed by the mismanagement of the COVID19 pandemic in Europe, the UK and especially the US. The Asia-Pacific region has fared so much better, but even regions that were patronisingly dismissed in the beginning of the pandemic as likely disaster zones have handled this crisis better than most of the West, with far fewer resources.[9] Thus the pandemic has really brought an impression that was already in the making before it hit: the West is just like any other part of the world.  The developments of recent years have gone a long way to dispel the notion that politics in the West are considerably better run by more qualified and less corrupt people than elsewhere.

People around the world may not have liked the West (or worse: they may have resented or even hated the West) but they have also grudgingly admired aspects of the West for a long time. I think once the dust settles after the COVID19 pandemic, we will discover that the last vestiges of that particular twentieth century belief in the centrality and uniqueness of the West may have disappeared for good.

[1] In my understanding, institutions are more deliberately created (or designed) by actors and more reflexively maintained (or undermined) than structures. Structures, by contrast, have deeper and more embedded roots, and are less susceptible to modification by (individual) human agency.

[2]  I understand ‘world order’ as the (man-made) rules, understandings and institutions that govern (and pattern) relations between the primary actors of world politics. I use the term ‘world order’ instead of ‘international order’ to potentially include periods before and after nation-states. For more see my forthcoming book, tentatively titled Before Defeat (under contract to Cambridge University Press).

[7] For more on these arguments, see my first book, After Defeat: How the East Learned to Live with the West. Cambridge University Press, 2011.

[8] For more, see Rebecca Adler-Nissen and Ayşe Zarakol, ‘Struggles for Recognition: The Liberal international Order and the Merger of Its Discontents’, International Organization [forthcoming].

Ayşe Zarakol is Reader in International Relations at the University of Cambridge and a Fellow of Emmanuel College. She works on the evolution of East and West relations in the international order, declining and rising powers, and politics of non-Western regional powers. Zarakol is the author of After Defeat: How the East Learned to Live with the West (Cambridge University Press, 2011; in Turkish by Koç Üniversitesi Yayınları, 2012, 2019). Her last book, Hierarchies in World Politics (Cambridge University Press, 2017), was a runner-up for the 2019 ISA Theory section prize for edited volumes. Her articles have appeared in International Organization, International Theory, International Studies Quarterly, the European Journal of International Relations, and the Review of International Studies, among many others. Zarakol's research has been supported by a number of academic and government institutions in the UK, North America and Europe, such as the Council on Foreign Relations and the European Research Council. She is currently finishing book manuscript reconceptualising decline in world politics, tentatively titled "Before Defeat" (under contract with Cambridge University Press).

This essay is part of a symposium published as part of the Global Governance in the Age of COVID research project at the Center for International and Area Studies, Weinberg College of Arts and Sciences, Northwestern University.