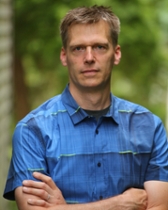 His research and teaching focus on international law and politics in theory and in practice, and on political science research methods. He is a frequent contributor to public debates on global affairs, foreign policy, and international law. His work has appeared in leading academic and policy journals, including International Organization, Foreign Affairs, International Politics, Global Governance, and Ethics & International Affairs. His op-eds have appeared in the New York Times and other media outlets, and he is interviewed frequently by Chicago Public Radio and the Chicago PBS station, WTTW. He has been a visiting scholar at the American Bar Foundation in Chicago, WZB in Berlin, the Woodrow Wilson School at Princeton, EHESS in Paris, and elsewhere.

We are currently remote-only. Please contact us via e-mail or telephone.